Polish Army Between the 16th and 19th Century

The showcase (2) exhibits the figures of a musketeer and a pikeman from mercenary troops of foreign contingent, which since the 17th century, started to replace the low-efficient Polish levy-in-mass. Both infantry formations, wearing identical uniforms, complemented each other on the battlefield. The musketeers, using the tactic of countermarching, fought by firing salvos, while the pikemen covered them against cavalry charges. The invention of rifles fitted with bayonets in the 18th century marked the end of both formations.

Our musketeer from the times of the Swedish Deluge is armed with a heavy smoothbore musket equipped with matchlock, a fork, a bandolier with wooden containers for gunpowder, as well as a rapier for self-defence. The pikeman, on the other hand, wears stronger armour, which consists of a breastplate with faulds and a morion to protect the head. The pikemen fought, using a several-meter wooden pike with an iron point.

The end of the 18th century brought the end of the Polish state, which resulted in long and painful battles for independence. During the subsequent 123 years, Poles organised three national uprisings and provided armed support for Napoleon Bonaparte.

The showcase (3) is highlighted by two original tailcoats: of an officer of the 2nd Line Infantry Regiment and a private of the 4th Line Infantry Regiment of the times of the Kingdom of Poland. The showcase is complemented by iron cannonballs, three pistols, bayonets (one plug bayonet and two spike bayonets), axes, sabres, a percussion cap rifle of French infantry Le fusil d’infanterie de 18 mm modèle 1842 T (found at the bottom of the Vistula river near the city of Bydgoszcz), war scythe fastened end-long upon a pole (a symbol of the Kościuszko Uprising), as well as a breastplate and a brass backplate. 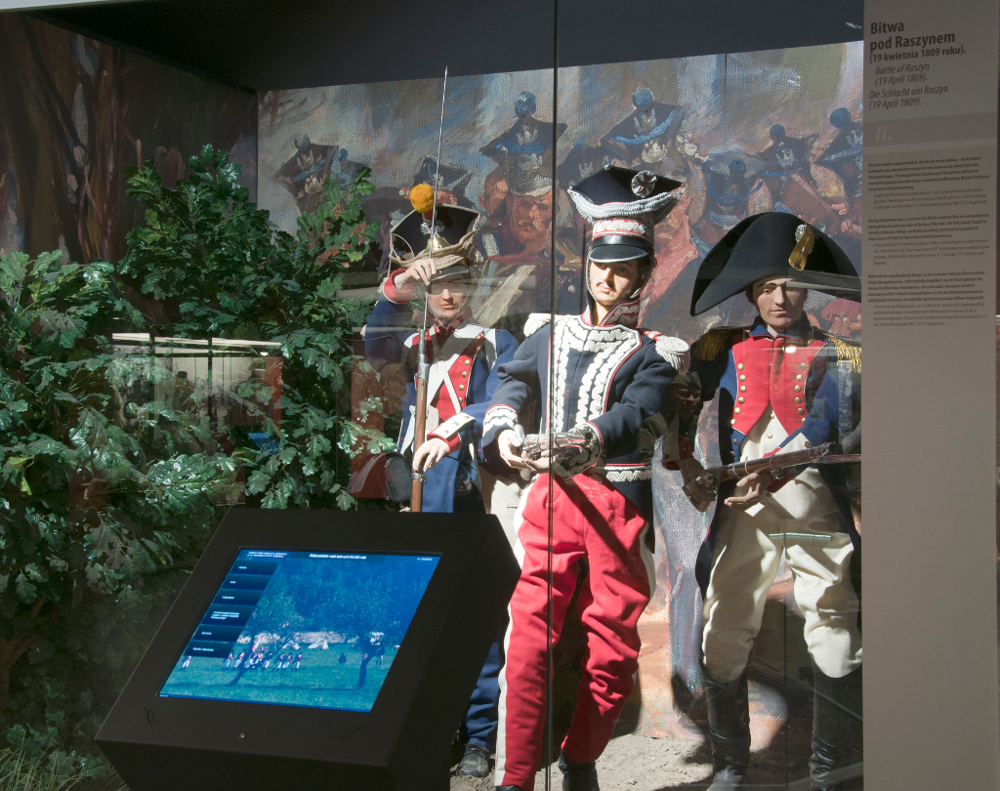